Back to From The Archive

The Pompey History Society takes a delve into the club’s archive and pulls out a document or artefact and tells the story behind it. Here, we reach back 80 years to discover Pompey’s second win of the season came in more than unusual circumstances… 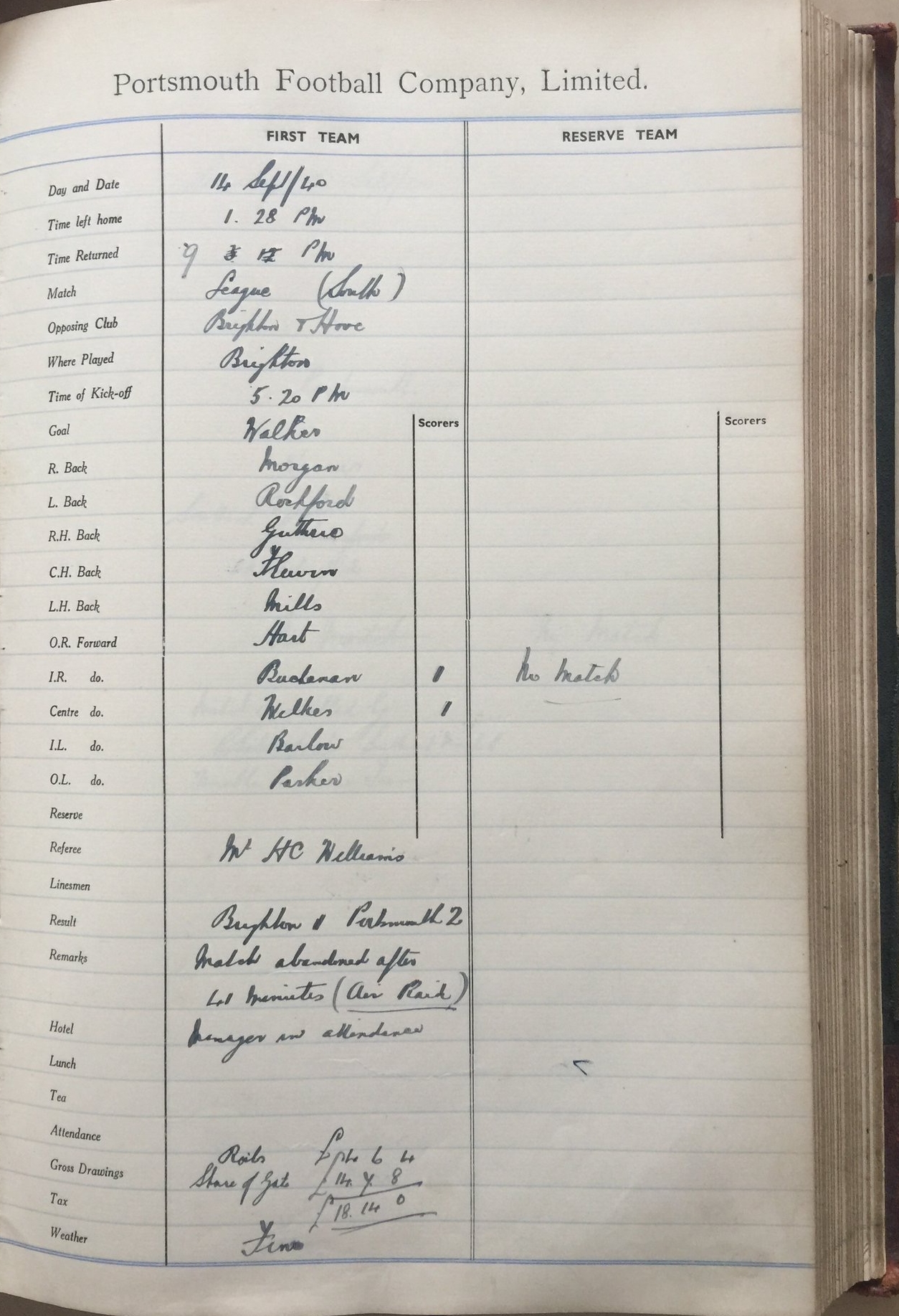 What’s the object we’re looking at?

Before the cloud was invented and even the concept of a computer as we know it was another three years away, created by the enemy codebreakers at Bletchley Park, records were lovingly kept in bound, handwritten ledger. This one in the club archive dates from the 1940s and records Pompey’s matches in the wartime league.

Programming matches were a fairly haphazard affair in war-time, as was raising a team sometimes, but by 1940 a South Regional League had been established. On September 14 Pompey made the short trip along the coast by train to play Brighton & Hove Albion at the Goldstone Ground, having started the season a couple of weeks before with a 2-1 win at Watford.

It was an eventful day to say the least. First Pompey’s train was delayed and the players only arrived shortly before the scheduled kick off. However, the game was delayed for a couple of hours after an air raid siren sounded. The Battle of Britain had started a few weeks earlier as the Spitfires and Hurricanes of the RAF, among other planes, defended the country as the Luftwaffe sought to gain air superiority over the country.

Not at all! At 5.20pm the game finally kicked off - it was felt there was enough time to get the game in before the light faded in those pre-floodlight days - and Pompey got off to a great start. After 43 minutes they were leading 2-1 thanks to goals by Scotland international Buchanan, loaned to the club by Chelsea, and Wilkes, who had been borrowed from West Brom. In those wartime days, players serving in the armed forces would often guest for a team close to where they were based.

Another air raid siren interrupted the game again and this time there would be no restart. The game was abandoned two minutes before the break. Once the danger had passed, Pompey returned to Portsmouth, with 14 pounds, seven shillings and eightpence as their share of the gate and the two points as the result of the game was allowed to stand…

This article first appeared in the Portsmouth FC programme