December 20-26: Pompey Return To The Top After A Christmas Cracker At Chelsea

Tuesday 21:  Pompey are continuing to plan for the long term future and this week they signed two young lads from Scotland who are thought to be outstanding prospects by the club's scout north of the border. Henderson, who is 16, has joined the Pompey groundstaff from Kirkintilloch Boys Club. Jack is an inside forward who tips the scales at 10st 7lb. The other lad from north of the border is Alexander Wilson, who is only 15. He comes from Buckie and hopes to be apprenticed in the joinery trade while also learning his craft with Pompey.

As Boxing Day falls on a Sunday Pompey's return fixture against Chelsea at Fratton Park will be on Monday (2.15pm.) A large crowd is expected and Pompey officials are again advising supporters to arrive early. 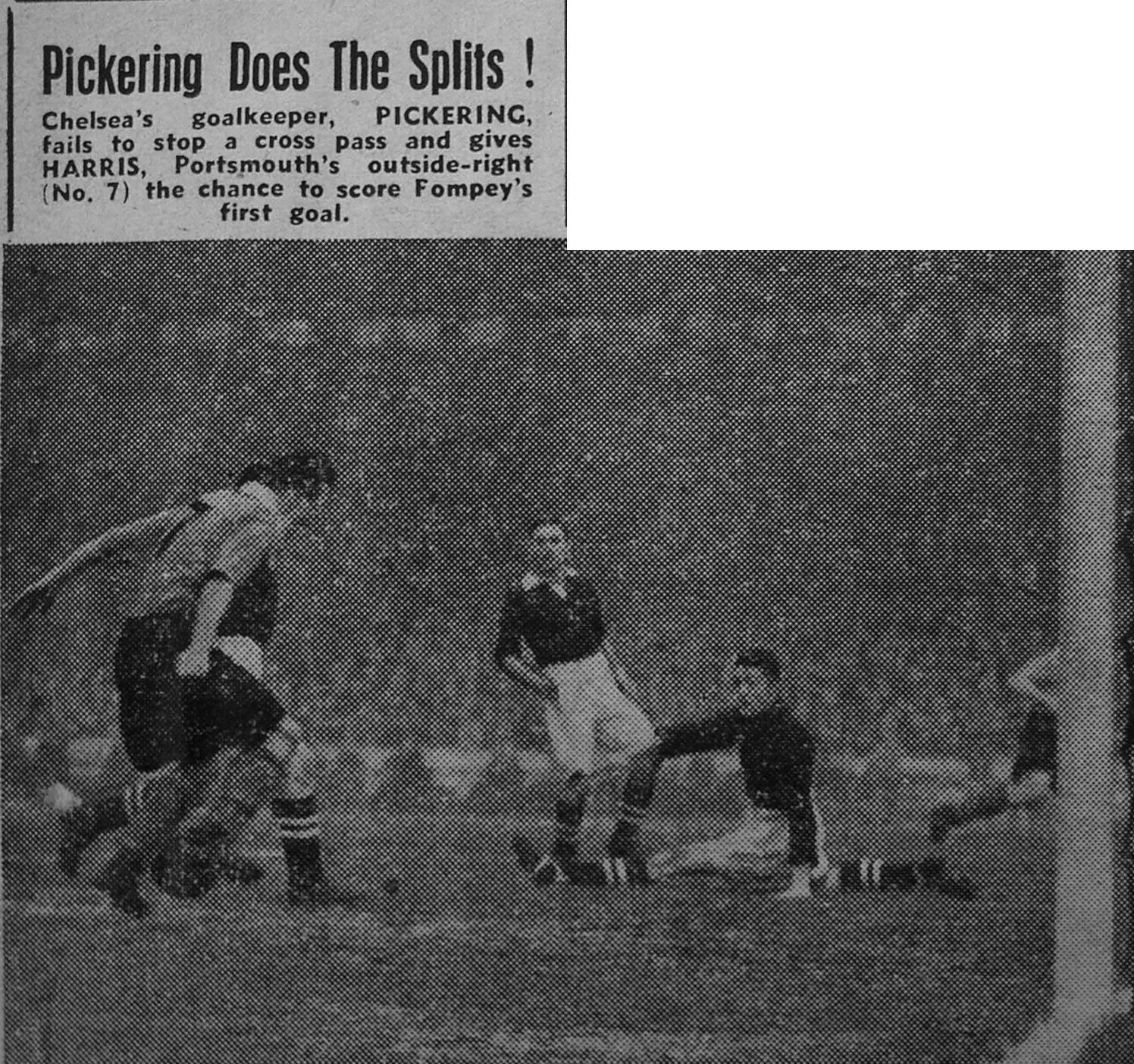 Saturday 25:  Chelsea appear to have broken new ground with their match programme for this morning's clash with Pompey at Stamford Bridge. They have produced what is believed to be the first magazine-style programme, consisting of 16 pages.

Chelsea's new-style match programme is packed full of pictures, cartoons, and articles from leading writers. It includes just one advertisement. The sellers seem to be doing brisk business despite the doubling of the cost to 6d.

Kick off at Stamford Bridge is at 11am. We'll bring you all the news from the match shortly after the final whistle.

A magnificent second-half performance saw Pompey fight back from a goal down to beat Chelsea 2-1 and return to the top of the Division One table at Stamford Bridge this morning. Peter Harris scored both Pompey goals.

Chelsea had the better of the first half and went ahead in the 20th minute through Jones.

Pompey looked a different side after the break and scored a richly-deserved equaliser through Harris on 57 minutes.

Eight minutes later Peter Harris scored again after latching on to a pass from Barlow.

Once they were ahead Pompey rarely looked like conceding, and the two points will set them up nicely for the reurrn game against Chelsea at Fratton Park the day after tomorrow.

42,153 saw Pompey's win at Chelsea this morning, and there will surely be another huge crowd for the return fixture on Monday.

Duggie Reid and Gordon Neave were on the mark as Pompey Reserves' won the Christmas Day morning game at Fratton Park. Showing 1-11 of 11 items within December 20-26: Pompey Return To The Top After A Christmas Cracker At Chelsea